A to Z Challenge: P is for Pomegranate

Today’s post is a topic close to my heart–the relationship between a mother and daughter. I have three sons and one little girl. All my children are special to me, but my little girl will always hold a tender place in my heart. Right after I gave birth to her I looked at her pink, tiny face, and my first thought was, she’s perfect.

She’s six now. I love her as much as a mother possibly can. She’s my extra set of hands. She tends the baby and feeds her brothers and makes us laugh. She’s a beautiful little girl, but every now and then, I panic. She’ll grow up someday. Will she have to go through the same growing pains I went through? The teenage angst, the heartbreak, the feelings of rejection, the realization that the world is an imperfect place filled with imperfect people?

I realize I’m not the only one to have these worries–which is why the poem, The Pomegranate, spoke so closely to me. This poem is by Eavan Boland. She was born in 1944 in Dublin. She wrote it during the winter, which is significant to the poem’s theme, where she compares her mother-daughter relationship to that of Ceres (Demeter) and Persephone. 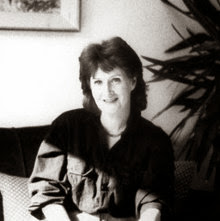 If you recall, Ceres’s daughter Persephone was stolen by Hades. She attempted to rescue her daughter but was never able to get her back. Persephone had eaten the seeds of the pomegranate, making her forever bound to the underworld.

The only legend I have ever loved is
the story of a daughter lost in hell.
And found and rescued there.
Love and blackmail are the gist of it.
Ceres and Persephone the names.
And the best thing about the legend is
I can enter it anywhere. And have.
As a child in exile in
a city of fogs and strange consonants,
I read it first and at first I was
an exiled child in the crackling dusk of
the underworld, the stars blighted. Later
I walked out in a summer twilight
searching for my daughter at bed-time.
When she came running I was ready
to make any bargain to keep her.
I carried her back past whitebeams
and wasps and honey-scented buddleias.
But I was Ceres then and I knew
winter was in store for every leaf
on every tree on that road.
Was inescapable for each one we passed.
And for me.
It is winter
and the stars are hidden.
I climb the stairs and stand where I can see
my child asleep beside her teen magazines,
her can of Coke, her plate of uncut fruit.
The pomegranate! How did I forget it?
She could have come home and been safe
and ended the story and all
our heart-broken searching but she reached
out a hand and plucked a pomegranate.
She put out her hand and pulled down
the French sound for apple and
the noise of stone and the proof
that even in the place of death,
at the heart of legend, in the midst
of rocks full of unshed tears
ready to be diamonds by the time
the story was told, a child can be
hungry. I could warn her. There is still a chance.
The rain is cold. The road is flint-coloured.
The suburb has cars and cable television.
The veiled stars are above ground.
It is another world. But what else
can a mother give her daughter but such
beautiful rifts in time?
If I defer the grief I will diminish the gift.
The legend will be hers as well as mine.
She will enter it. As I have.
She will wake up. She will hold
the papery flushed skin in her hand.
And to her lips. I will say nothing.

If you’re a mother or daughter, or even a father or son, I think you relate in some way to the poem. It’s hard not feel that pulling feeling–that tugging at your heart–that someday they will be their own person. That they will have to suffer because it is inevitable, and all I will see is that perfect pink face that I brought into this world, and know that in some way, I am responsible.

As always, thanks for following! Raze, my novella set in the world of SHINE, is available as an ebook on Amazon.com for $2.99. In my book, I explore the relationship between daughters and mothers, and how trials and hardships can bring them closer together. It’s also a fun, action-packed read, but I had to include some mother-daughter drama as well. 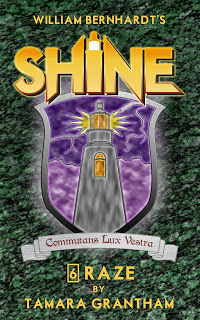