Are You Superstitious? I wasn’t. Until now. Find out why… PLUS, conference updates!

To find out about my weird superstition story, you’ll have to keep reading, because I went to two conferences, and it happened at the second conf. But for now, here’s what led up to it…

I am home!!! You have no idea how happy I am to say those words. For the last two weeks, I’ve been attending back-to-back conferences. The first conference was in Oklahoma City for OWFI (Oklahoma Writer’s Federation Inc.)

I had such a fantastic time at the conference, but the best part was meeting some great people. In fact, I met so many great people, they decided to buy my books, and because of all those fantastic people, Dreamthief was the #3 bestseller in the entire state of Oklahoma! I’m still walking on clouds. It’s the first time my print books have been on a bestseller’s list. My digital books have made it big (sort of) on Amazon, but now my print books have made it too, and it’s such a fantastic feeling to have people reading and loving my books. 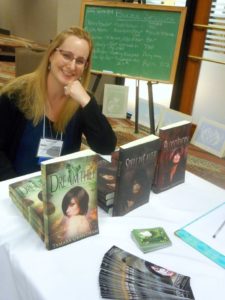 At the OWFI book signing! Thank you, Carolyn Leonard, for taking the picture! 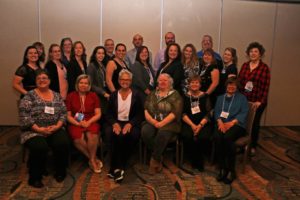 I got to meet so many amazing people, and I got to be a speaker at the conference. It was such a great experience! 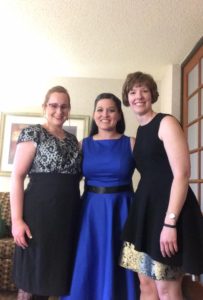 L to R- me, Sabrina Fish, and Staci Mauney. These two ladies were so incredible! They both worked so hard to make OWFI a success.

Honestly, this was the best conference of the two, even though it was smaller. I really learned so much, and felt so welcomed. It seems that smaller conferences have the advantage, because you get to meet and connect with people on a more personal level. I’ll definitely come back next year, and maybe they’ll even let me teach again if I ask nicely enough.

The second conference was hosted by the LDStorymakers in Provo, Utah. This was such a HUGE conference, with close to 800 attendees, and I admit that I felt a little lost in such a big crowd. Plus, there was some kind of weird karma or something going on. Let me list everything here:

After that, my luck improved. In fact, the next morning, while on my way to the airport, I stopped at a gas station to fill up my rental. I needed directions to the airport, so I looked it up on my phone, only to find that my wi-fi wasn’t working. I thought, I could really use a McDonald’s right now. And would you believe there was one right across the street? So, I pulled into the parking lot to use the wi-fi, and then I realized I was starving hungry, and it was 5AM, and McDonald’s had just, that minute, opened. I was able to get my fruit and maple oatmeal. And I was just so grateful for McDonald’s and oatmeal at that moment that I may have shed a few tears of joy.

With all that said, I really enjoyed the conference. Here are the highlights: 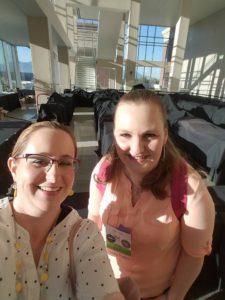 This is me and Tifani Clark. She is an uber-talented author, and I was lucky enough to be her roommate! 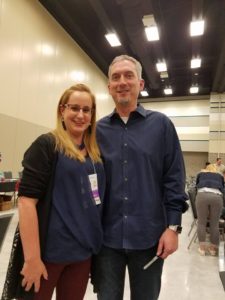 James Dashner, author of The Maze Runner. I never know what to say to these people when I meet them. I think I tried to say something funny, and you can see how amused he was. Like I really nailed it. 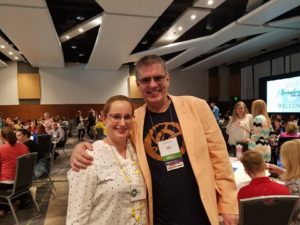 Me and J. Scott Savage. 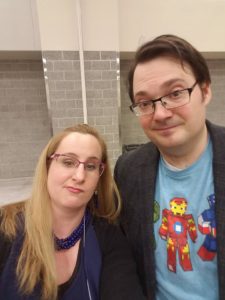 This is Mr. Brandon Sanderson. I told him about my friend, Sabrina Fish, and said she was his biggest fan ever. He’ll believe me once he meets her, which will happen. (Right, Sabrina?) 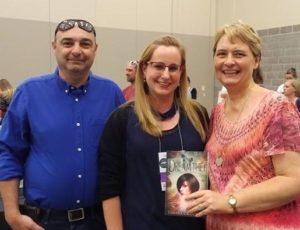 Me, Jennifer Lapachian, and her husband. She’s a fan of my books, and I was as excited to meet her as she was to meet me. 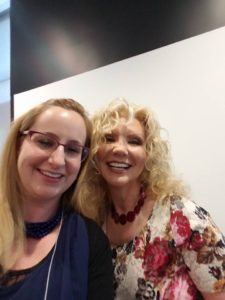 This is me with TJ Mackay. She’s the owner of InDtale magazine, and they host the RONE awards every year. She was so fabulous to meet and the nicest person. 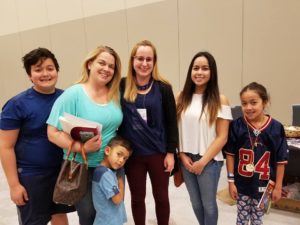 My bff Sherri and her family came to the book signing!