I’m excited to introduce fellow Shine author, Lara Wells. Her novella, Shine 9-Cassandra, is the latest to be released as part of the ongoing Shine series. Haven’t read the previous books? No problem. Cassandra is a stand-alone story that can be read separately from the rest. (Although the Shine authors would greatly appreciate if you do read the others!) 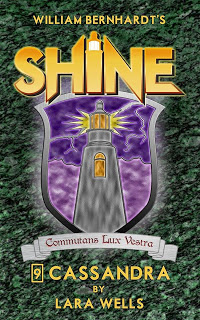 I’ve had the opportunity to interview Lara about her writing process and give you some exclusive information about a talented up and coming author. I met her at the Rose State Writing Conference, where she raked in several writing awards, and won the overall best author award. I was certainly impressed. After you read Cassandra, I know you will be too!

If you haven’t read her book, it’s available on Amazon. Here’s what Cassandra is all about:

In the near future, a few young women manifest extraordinary abilities called “Shine.” Each girl’s ability is different. Some develop extraordinary mental abilities. Some become physically strong. Others have powers that defy description. But the world does not embrace these Shines. It fears them.

Cassie’s life was turned upside-down by the destruction of Seattle. She had to escape from “St. Augustine’s Home for the Mentally Deranged,” where Florida’s Shines were being incarcerated. But the escape only gave her a new and even more dangerous set of problems. She meets a boy, a strange cat, and an alleged Shine school, and they all claim they want to help her. But can she trust any of them? Or does she need to escape again, before the malevolent forces searching for her make escape–or life–impossible. 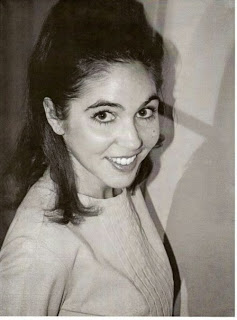 1. When did you start writing? I have memories of making up stories for my younger sister even before I wrote them down. I’ve been writing stories and poems since elementary school.
2. How did you come up with your story? William Bernhardt invited me to contribute to his Shine series. I recorded the audiobooks for his first five stories, so I was familiar with the world he created. My 13-year-old son routinely asks me if I could have a superpower, what would it be. We’ve had many conversations over the years about potential superpowers. When I began crafting my own characters, I thought back over those conversations.
3. Give us some insight into your main character. What does he/she do that is so special? Cassie is able to feel a person’s emotional state. She also has the ability to reach into a person’s mind and stroke their pleasure center – something she thinks of as giving a “brain hug.” She considers it a pretty worthless special power.
4. What are your favorite/least favorite things about writing? When I write, I’m completely immersed in the story I’m working on. Time flies by. I enjoy creating stories and characters and sharing them with readers. I love the idea we can touch one another’s lives with words.
5. Do you have any future projects in the works? I have a completed manuscript I hope to see published soon. It’s about a woman traveling in India who encounters an orphan embroiled in the grave underworld of human trafficking and slavery. The story follows her struggles to save the girl from a terrible future. In the process, the woman also confronts some of her own issues.
6. What are you working on right now? My next Shine story.
7. If you could live anywhere in the world, where would it be? Someplace tropical – I’m always cold.
8. Think fast…
Favorite season: spring
Favorite fairy tale: Beauty and the Beast
Cats or dogs: dogs
Sweet or salty: sweet
Dark, milk, or white chocolate: dark