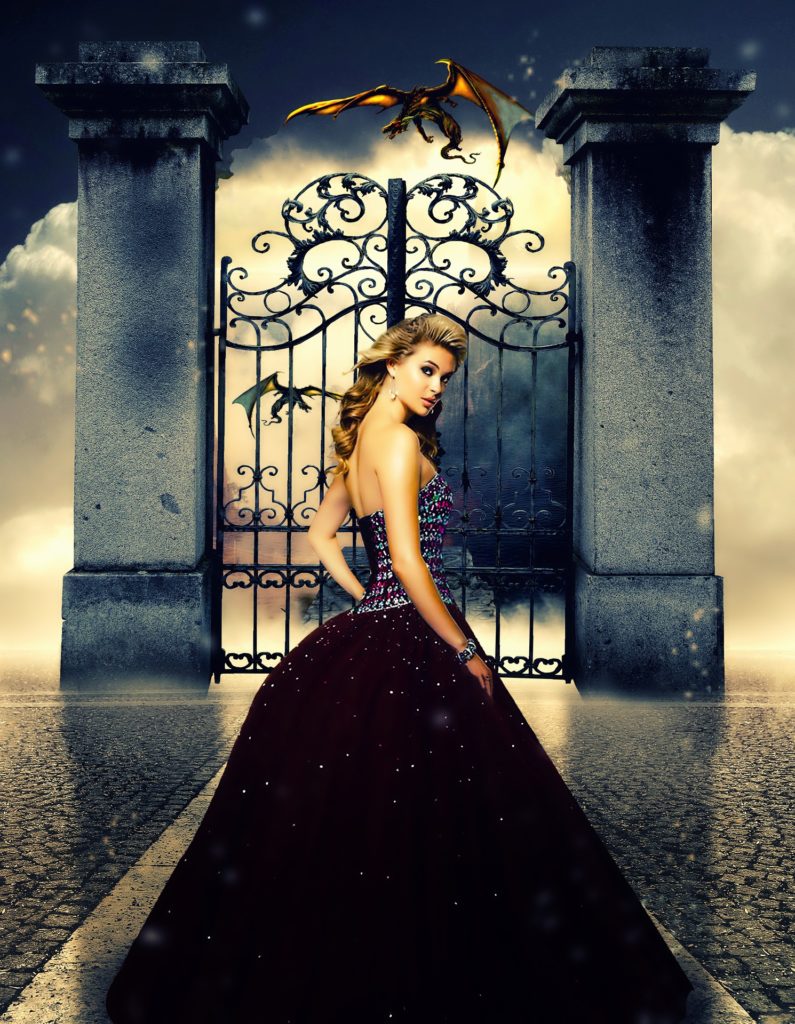 It’s with much relief and elation that I announce Book Baby #13 is finished! I wrote “The End” on Saturday, which also happened to be my daughter’s birthday.

It’s a crazy feeling to realize I’ve now finished 13 books. So what’s this one about? It’s the sequel to The Witch’s Tower–my Rapunzel retelling, the 2nd book of the Twisted Ever After series. Side note: The Witch’s Tower is being released March 11th (my sister’s anniversary!) If you want to add it to Goodreads, you can click the link here.

The sequel is called The Dragon Swan Princess. Like The Witch’s Tower, this book is a different take on one of my favorite fairytales. I used a few details from the story of Swan Lake, which is a story I’ve always loved, and added my own spin. The most obvious change I made was to make my heroine, Odette, a dragon shifter. She was an amazing character to write, as I’ve never written about a dragon as a lead. Dragons really do have a lot of fun. Her love interest is a dark elf named Drekken, who has a troubled past. He has to get over his own demons throughout the course of the book.

The book starts with Odette getting captured by a dragon lord named Xaldain Von Rothbart, who wants to use her magic in a spell that will keep him alive. Here’s a sneak peek of what’s to come!

~From Chapter One of The Dragon Swan Princes, Book Two of Twisted Ever After~

The silhouette of a large man appeared inside the shadow of the gateway behind the two witches, Gwynna and Neleia. My heart stopped as he walked onto the bridge.
No. It couldn’t be.
“Xaldain,” I whispered, my voice drowned out by the wind.
“Hello, Odette,” he said, his voice deep and gravelly, a sound that sent shivers down my spine. His bulky frame moved stiffly, as if he weren’t used to taking his human form. He wore black leather armor that hugged his meaty frame. His golden eyes shone like two burning coals, smoldering with insatiable hate. A wave of memories washed over me.
I remembered the first time he’d entered my homeland. My parents had left our hut on the seashore to go speak with him, but when they returned, I remembered the fear I saw in their eyes. They’d warned me of him, they’d warned everyone, but no one listened. Not until it was too late.
“What are you doing here?” I demanded.
“I came for you. Why else?”
My insides twisted with fear. “For me?”
“Yes, my love. We’re the last of our kind, a dying breed. I bargained my most prized possession to get you back.”
My mouth went dry. “No.”
Gwynna spoke up. “He traded the egg of a phoenix for you. For you! Ha! A bargain, for sure.”
“You can’t do this. I won’t go. I refuse.”
“You’ve got no choice,” Neleia said. “You belong to him now. What he does with you is none of our concern. Our contract is fulfilled.”
“But… he tried to kill you!”
“Many years ago, yes. But we don’t hold grudges.”
“That’s a lie. You only wanted the egg.”
“Did we?” The two sisters turned away from me, walking back the way they’d come, leaving me alone with Xaldain Von Rothbart—murderer and tyrant, the butcher of my people. I balled my fists as I faced him.
“What do you want with me?”
“Want with you? I want nothing but your companionship.” He stepped closer to me, then placed his hand on my shoulder close to my neck, tucking his fingers beneath my cloak to touch my skin. His fleshed burned with searing heat. I cried out, but his iron grip held me in place. Pain lanced through me, radiating through my neck and shoulder.
When he released me, I stumbled back. Burning pain radiated through my flesh. I moved my cloak aside to look at the wound. A red imprint of his hand marred my skin. Large white blisters formed.
“What did you do to me?”
“That mark is your brand. It denotes you as my property. I freed you. You’re no longer under the witches’ spell. You will now be able to transform from elf to dragon whenever you please.” He held up a finger. “That is, as long as I allow it. Unfortunately, I can’t allow you to unleash such power in your dragon’s form, not until you’re properly trained.”
“Trained? I’m not an animal.”
“No? Perhaps not. But soon, you will be something much closer to me.” He smiled, a leering grin, revealing his canine teeth that ended in sharp points. My stomach churned. I backed away, but he grabbed my arm in an iron grip. He stood close, his stale, warm breath on my face.
“You, Odette, will soon be my bride.”