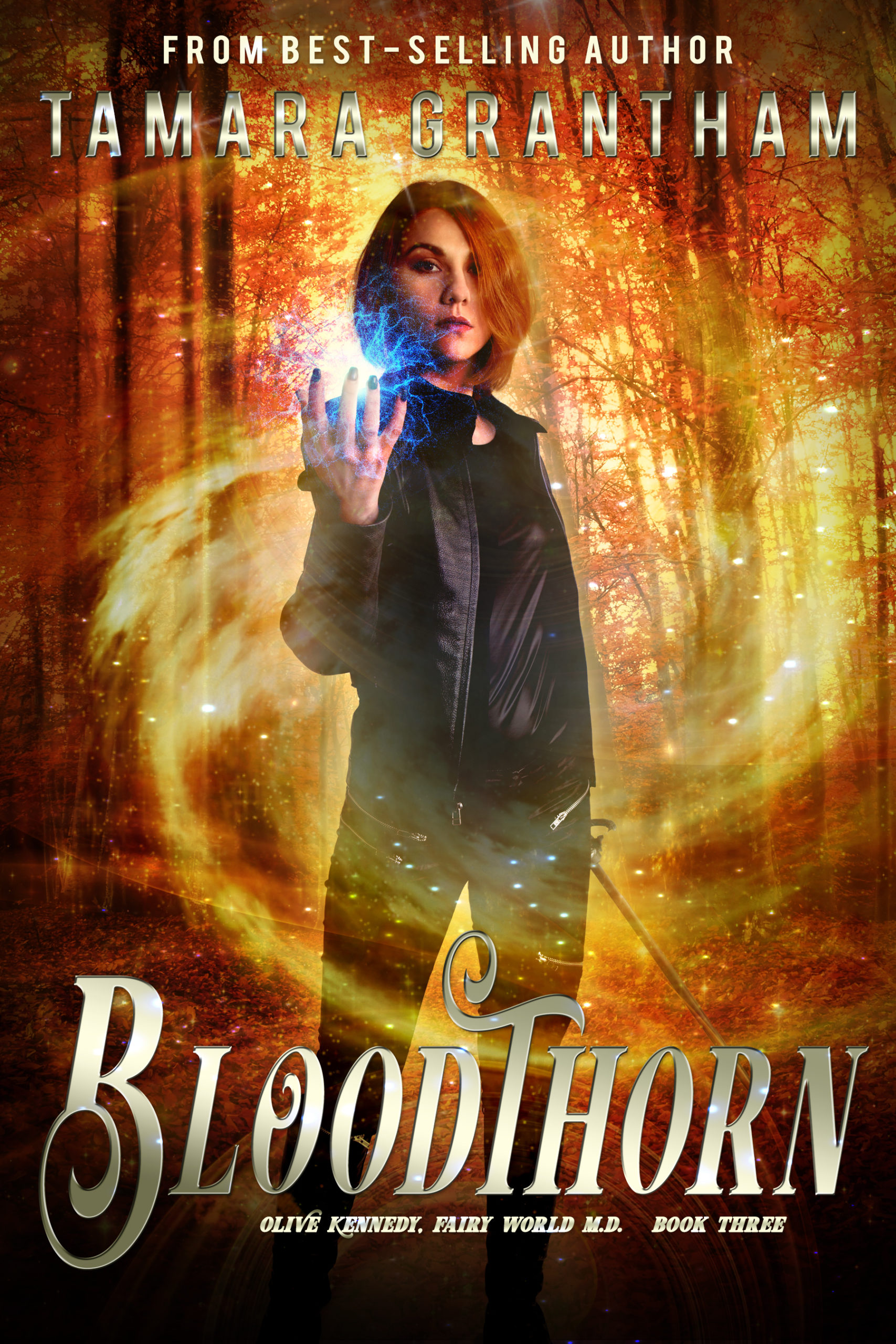 In a desperate attempt to earn income, fairy world therapist Olive Kennedy resorts to finding clients at the Texas Renaissance Festival. When she discovers the corpse of her client’s husband discarded in her booth, she realizes that earning her next paycheck is the least of her worries.

As more of Olive’s clients fall prey to the killer, the fairy prince and princess arrive from Faythander with troubling news. The starstone—the fairies’ source of magic—has been stolen, and the thief is hiding on Earth. The bloodthorn, a mythical beast born of fairy legends, is rumored to be responsible, but no one is certain if the creature exists.

Of course, the fairy royalty do not travel alone. Their protector happens to be the one man Olive never wanted to see again. Her ex—Kull.

Following a trail of clues, she learns that the killer may be a shape shifter. Worse, she learns the identity of his next target—her.

After months with no contact from Faythander, Olive hoped the magical drama was over, yet it seems she’ll never escape the beings who haunt her nightmares… or be free from the man who took away her happily ever after.