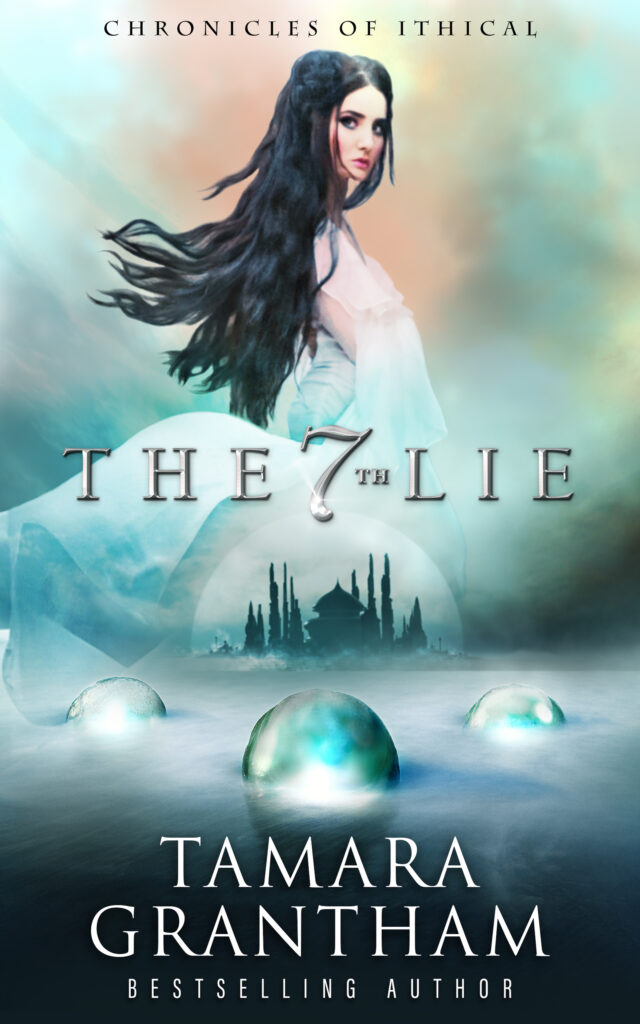 Only the seven lies can save them.

A hostile civilization hidden beneath a dome, a murderer lying in wait, a world on the brink of a devastating solar flare—Sabine Harper will confront them all to find the seven lies.

After the death of her mother and grandmother, and the same prognosis for her father, Sabine Harper is desperate to save the last of her family. But she’ll have to put her personal issues aside to take her first assignment as an agent of Vortech.

Sabine survives her grueling training by the Vortech Agency, but now she must protect the world from a devastating solar flare by finding seven energy stones—cerecite. If she refuses, they’ll terminate her father’s life-sustaining medical treatments.

Sabine is transported to an isolated civilization hidden beneath a dome. She assumes the identity of the invalid prince’s caretaker and finds herself attracted to the prince. But she’s perplexed by this strange island’s many mysteries. The air smells mechanical. Every blade of grass is identical. The island’s dimensions are bigger than they should be. What Vortech told her may not be true. She may not even know where she really is. And someone doesn’t want her to leave—at least not alive.