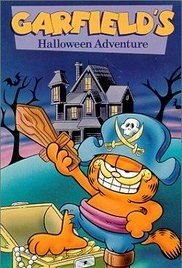 I must admit I was pretty terrified of the movie about 3/4 of the way through it. Those ghost pirates truly terrified me. They’re a little less scary nowadays, except I think part of me must still be a little frightened. When I was pregnant with my fourth baby, I started having terrifying nightmares. They got so bad that I started getting numb toward fear just because I experienced the emotion so much.

One of the more memorable dreams involved ghost pirates. In the dream, I remember being at a friend’s house when he happened to mention that his house was haunted by ghost pirates. Since his girlfriend had recently moved out, the hauntings had gotten really bad. I started to leave the house when the ghost pirates came in and tried to kill me.

In case you’re wondering, in Garfield’s Halloween, Garfield and Odie find a lost island where they unearth some treasure, but are then attacked by ghost pirates. They narrowly escape and the movie ends with the mystery of the ghost pirates never being solved–it’s one of those “you know, ghosts might actually be real,” kind of endings.

Fast forward to after I woke up from my own ghost pirate dream–the moment I woke up from the dream, I experienced paralyzing fear–that kind of fear that makes it impossible for you to move. Afterwards, I thought, wouldn’t this be great in a book? So, guess what I did next? I put it in my book. At the time, I was writing Dreamthief. I sat down at my computer and rewrote a scene I had been working on for awhile. I’ve been told by readers that I succeeded in scaring them, but I’ll let you be the judge.

This scene comes toward the beginning of the book. Olive Kennedy, a therapist to people who’ve gone to Faythander (Fairy World) and come back with no memories, has just discovered her seven year old godson is in a strange magical coma, and she’s going to use her powers to figure out what’s causing it. Now that you know the background behind how I wrote it, here’s the scene… 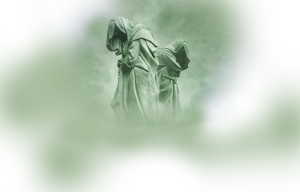 Closing my eyes, I summoned the symbols I would need for the dreamcasting. Going into someone’s mind was never a walk in the park. I could get lost in there if I weren’t careful, and I wouldn’t have anyone to pull me out. Coupled with the strange dark magic I felt, I knew this might very well be the stupidest thing I’d ever done. But I needed more information, and Jeremiah’s mind was the best place to find it. 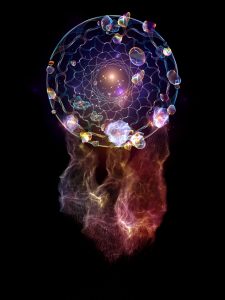 Holding the dream catcher, I focused on the dream symbol. Magic symbols were unique from person to person. That’s why it was so hard for people to learn real magic—no one could teach it to them. A person had to discover every symbol, every magic word, on their own.

I clenched the dream catcher in one hand and let my other hand rest on the warm skin of Jeremiah’s forehead.

Taking a deep breath, I closed my eyes, steadied my breathing, and then let my mind wander through the dream catcher and into Jeremiah’s consciousness.

The scent of rain filled the air. A chill wind gusted as the room disappeared.

I opened my eyes.

An open field covered in gray ash surrounded me. Large boulders with ancient carvings sat haphazardly on the open plain. I spotted a jagged mountain range in the distance and realized I’d seen those peaks before. I was in Faythander—but why had I come here?

A hand grabbed mine. Jeremiah stood beside me. I knew I’d made it inside his mind—into his dream—but how could he be dreaming about this place if he’d never been here?

“You came,” he said and smiled. Short, cropped curls covered his scalp. He’d always been on the chubby side—baby fat, I guess—and his large, chocolate-brown eyes sparkled when he got excited. They lit up when he looked at me.

“It’s okay. Are you going to take me bowling again?”

“You liked it that much?”

“If you loved it, then I don’t have a choice, do I? But I’ve got to figure out what’s wrong with you first.”

His face darkened. I felt his fingers tighten around mine.

“Are you afraid of something?” I asked.

He shook his head in a quick motion, his fingers cutting off my circulation. I knelt to be eye level with him. “Why can’t you tell me?”

Tears formed in his eyes. “Please don’t make me talk about it.”

I hugged him to my chest. “I’m sorry. I’m only trying to help you.”

The wind picked up around us, blustering with a wail that rose in pitch.

He sniffled with his nose buried in my shoulder. Tears moistened my sleeve. I hugged his tiny body to mine, praying I could find a way to get him out of this place.

“It hasn’t been here in awhile,” he whispered after a few sobs.

I pulled away. It? “Can you tell me what it looks like?”

He cried. Fat tears streamed down his cheeks.

What had him so spooked? I knew I didn’t have much time. “Can you tell me anything about what’s been scaring you?”

I pulled him back to my chest as his body shook with sobs. I needed more information. Anything he could tell me would help, but I didn’t dare ask him again. If he told me anything, it would have to be because he wanted to.

His body went rigid. I felt an iciness behind me, a feeling that crept up my spine and chilled me to the bone.

I rounded slowly. All the irrational fears I’d experienced as a kid came rushing back. Fear grabbed hold and wouldn’t let me make the tiniest of movements. It wouldn’t let me breathe. I stared in horror as a humanoid form materialized in the mist. Chills spread through my body as if I’d been submerged in ice water. The image in my bathroom mirror, in my dreams as a child, formed in front of us. A tattered black cloak, a face like a human skull, as tall as two men—I knew who this was.

I don’t know why I’d always been afraid of the mythological figure. I’d had a nightmare as a child, that I’d been wandering the river Styx and had fallen into the water. Charon had rescued me. And then he’d told me he hadn’t saved me, that I was dead, and he’d taken everyone I loved away from me. Death. Charon would later symbolize death. When I’d woken, it had taken me a long time to shake off that kind of fear. I didn’t know if I ever had. Even now, as an adult, I still feared that nightmare.

I tried to scream, but the fear wouldn’t let me. I managed a gasp, which I must’ve made outside the dream because the spell began to fade. I tried to hold on, but the magic pulled me away as if I’d been sucked into a whirlpool.

I tried to hold on. The world spun around me. Jeremiah’s hand broke free from mine.

I tried to scream that I would be back, but the fear held me. It wouldn’t relent. Jeremiah’s screams echoed in my ears, and the paralyzing terror stayed with me as I woke.

I couldn’t move, even as my godson’s bedroom came into focus. My hand was still pressed to his forehead. I focused on breathing, and the fear retreated a tiny bit, giving me the strength to move my hand. A clammy sweat covered my body. I focused on taking deep, calming breaths.

That kind of fear was something I’d never experienced. When people say paralyzed with fear, it’s not just a euphemism. It’s a real thing.

Jeremiah was still in that place. I couldn’t stand being there for five minutes, and he was still in there. The thought almost drove me mad. Pressing my eyes closed, I listened to the drumbeat of my heart echo through my ears. I couldn’t help him as long as I focused on his fears—or on mine—so I concentrated on the one thing I had control over.

If you enjoyed reading the snippet, why not read the book? The eBook is free and you can find it on Amazon.

The other books in the series are ALL on sale for $2.99 for this week only! You can only get this amazing price this week and then the price goes up to $4.99, so why not grab t

hem now? You can find them here: