The One Word You Should NEVER Title Your Book

This is a post I’ve planned for several months now, because it’s one of those posts that requires a bit of research. Let’s talk book titles–are they important? If so, then why?

We all know that a book title is what a person first sees/hears when introduced to our books. “What are your books called?” is the question that inevitably gets asked whenever someone finds out I’m an author.

The title is there on the cover along with our names and hopefully our catchy book covers. It can make or break a book before the reader clicks that “Look Inside” button.

First, let’s talk titles that draw us in. I started a Pinterest board and began randomly collecting books with titles that caught my eye. To see the entire board, you can follow the link here.

A few of the titles that stood out:

NAMES FOR THE SEA, Sarah Moss

MY NAME IS MEMORY, Ann Brashares

THE MOON IS DOWN, John Steinbeck

To me–these titles are all evocative of emotion. They speak to me. It may not be the same for everyone, but they definitely made me stop and look, which is what you want potential readers to do–stop and take a look.

Now let’s shift gears and talk titles that don’t work. The number one way to murder a book title, in my opinion, is to give it the same name that 6,000 other books are named. Literally 6,000. I looked it up. This one title is the name of 6,772 books in the kindle store. Care to guess what it is? I’m sure you’ve heard it before…

Awaken appeared 4,164 times in the kindle store. That’s more than 10,000 books with these titles. And that’s just counting the Kindle store. But don’t forget number three…

I apologize to everyone who has named their books with these titles (and I know there are a lot of you.) In all honesty, there was a time when this name was quite different and catchy and stood out, but now, unfortunately, I cringe whenever I hear this title.

I’m not quite sure why we need so many people to wake up. Everyone does this. It’s nothing new. We as a human race have been doing this since the formation of our species. I know what you’re thinking… the AWAKENING is not literally speaking of someone coming to consciousness after sleeping, it’s speaking metaphorically blah blah. But honestly, it has been done. Let us move on. Let us find new bold, brave words and phrases that are new and different. Let’s challenge the overused. 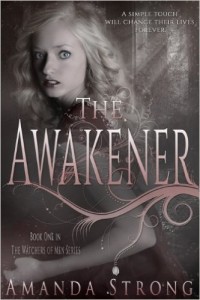 ays of Awakening. For example, my friend Amanda Strong has a book called Awakener, and it’s only got 13 other books with the same name.

Another form of book titling I find effective when writing a series is to name the books with similar themes.

My favorite book series accomplishes this quite effectively–Jim Butcher’s Dresden Files. There is a common theme in both these titles, and in all 14 titles (except Changes–Book 12.) I’m not talking about the obvious. Can you spot it?

Yes, they’re both two words. That’s obvious. But here’s the big secret: each individual book has the same number of letters in the two words.

There are (for now) 14 titled books in the series, and they all follow the same rules. You can see for yourself here if think I’m joking (or if you think I’m bad at math, which is true.)

For my Fairy World MD book series, I decided to title each book with the villain’s names. DREAMTHIEF, SPELLWEAVER, BLOODTHORN, SILVERWITCH, and DEATHBRINGER.

Fans of my books might notice something interesting about that final book, but I’m not one to spoil endings.

I’m also drawn to the book titles by June Stevens’ Paranorm series, where each book has some form of Moon. VOODOO MOON and IMMORTAL MOON, and her upcoming book, CHANGING MOON. 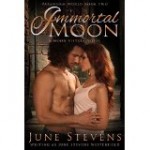 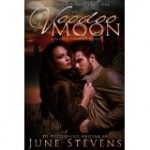 I’d love to hear some of your recommendations of books or series with interesting titles that caught your attention. Be sure to leave a comment and let me know!

Live long and DREAM on!