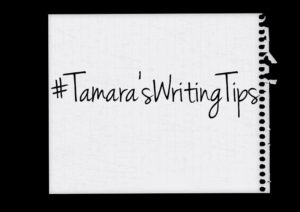 Hi Friends! Today I’d like to discuss a writing tip that I think needs some attention. This is basic Writing 101, so why do I feel it necessary to discuss it? Yesterday I downloaded a sci-fi romance that sounded intriguing, so I gave it a try. While the story is fun and I’ll most likely finish the book, the writing irks me. Most writers who study the craft at all are taught one basic lesson:

What does it mean? I’ll show you:

Adam was mad. Adam was furious.

I give this example as an almost word for word example from the sci-fi romance (with names changed.)

Why doesn’t this work?

What can I do to fix this?

First, a dead giveaway of a passive sentence is the “to be” verb. Is, was, and were, are all part of this. So, in the sentence, “Adam was mad,” we can spot the “was” and take it out. “Adam mad,” doesn’t make much sense. In this case, simply rewriting the sentence won’t do us much good. If we can’t rewrite it, then what?

But how do we show Adam being mad?

In the first example, we get a visual example of Adam being mad. We see him punching a table. Good. But not great. Why? We’re only introduced to one sense. Sight. It may be the strongest sense to us here in the physical world, but in the land of books, it’s the weakest. Books, unlike movies, have the ability to use all our senses. And writers must take advantage of this!

In the second example, we’re told that Adam’s blood runs hot. Again, good, but not great. We’re given a better sense to focus on. The sense of touch is one of the most powerful senses to focus on in literary land, but we’re not given much detail. Can we really feel Adam’s anger? Or could this be made stronger?

Smell is also a powerful sense to use, but be careful of using too many senses all at once. In the above example, Adam probably would have been too mad to stop and focus on how delicious Mom’s cherry pie smelled. Plus, it would have detracted from the scene. Be sure you use the senses most appropriate for the setting.

Notice in sentence three the small details… He didn’t punch the wall, he punched through the sheet rock and plaster. Because he was angry, his adrenaline masked the pain, which would be realistic in this situation. Adrenaline has the ability to tell our brain not to focus on pain. If Adam was truly as mad as we’re led to believe, then would he have felt the pain? I don’t think so.

Attention to details can propel your reader into the novel. Conversely, if I’d written, “Adam punched the wall and his hand hurt,” it would be far less effective. Can you feel the pain along with him? I can’t.

To sum up, if you want to take your writing to the next level, remember to show don’t tell. And for goodness’ sake, if you want your reader to feel something as they read, never use those pesky “to be” verbs. I’m not saying don’t use them ever. Let’s be honest, there are places where it’s perfectly okay. Just be careful of where you place them.

For me personally, I read to feel something. I want an emotional response. I want to get away from my daily drama and escape into a world where I can feel something else.

And “Adam was mad” just ain’t doing it.

***Are you a writer or reader? Leave me a comment and tell me your pet peeves when it comes to writing style. Or maybe nothing bothers you? Let me know!***